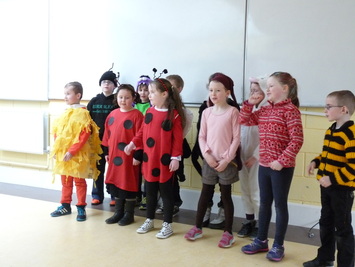 Our action day took place on Friday 6th of March. We called it WOOF - which stands for Walk Outside on Friday. We had a very busy day.


Our day began with each pupil coming in in fancy dress with biodiversity in mind. We then performed some songs and poems which we had prepared for the day.

Debate - The pupils from 5th and 6th had a debate. The motion for the was 'Humans are destroying planet earth.' The debate was very interesting and there were come very good points put across on both sides.


Parade -  After break we had our catwalk parade. The pupils showed off their costumes to the rest of the school. Our pupils had excellent costumes and we really appreciated their efforts.

Quiz - At the end of the day we had  a table quiz. Most of the questions were biodiversity themed , although some were green schools questions.

W.O.O.F. - The final activity of the day was our W.O.O.F. First we walked to the GAA pitch while Junior and Senior Infants walked to the church carpark. All the children were collected from there and were brought home. It was a very successful day ;-)

Costumes inspired by the theme of biodiversity 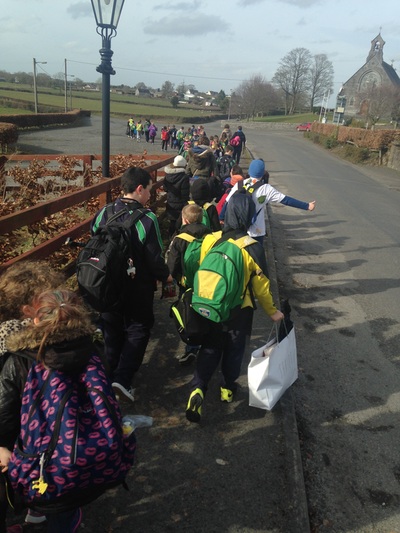 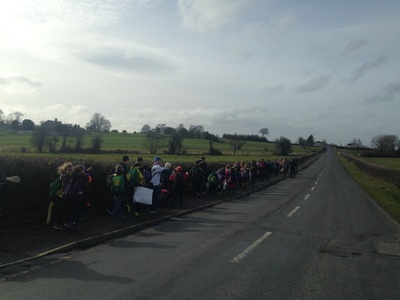 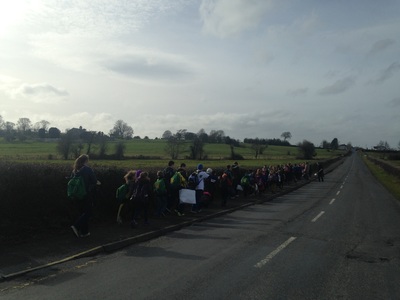